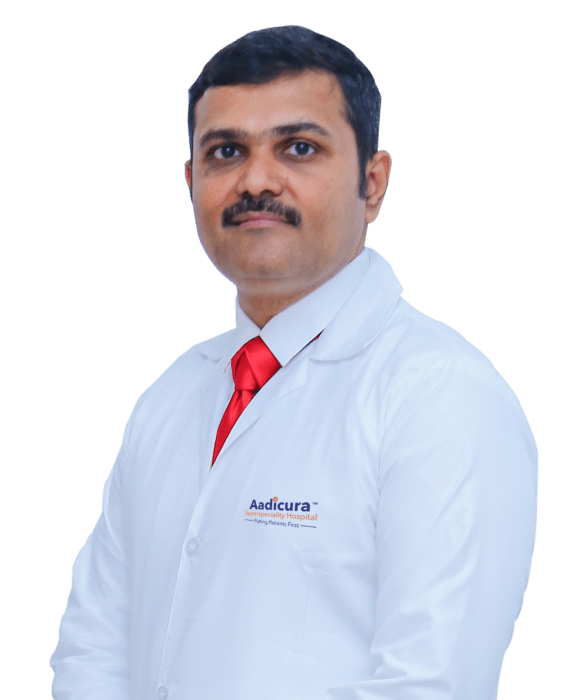 A name synonymous to trust and expertise, Dr. Sumit has been instrumental in bringing the best vascular treatments to Gujarat.

Dr. Sumit Kapadia is an MBBS triple gold-medalist from Baroda Medical College. He obtained his general surgical training and senior residency from SSG Hospital, Baroda. Later, he underwent super-specialty training in vascular & endovascular surgery from Sir Ganga Ram hospital, New Delhi in 2005 which is one of the topmost institutes in India.

Dr. Sumit Kapadia is fortunate to be among the first few surgeons from Western India to undergo this specialized training in vascular surgery, endovascular interventions, vascular medicine, and non-invasive vascular investigations including Color Doppler.

Since 2005, he has been involved in the treatment of more than 5000 patients with various vascular problems and is a nationally acclaimed authority in this field. He has also contributed to the growth of this specialty in Gujarat and is currently the Secretary of the Vascular Society of Gujarat as well as Treasurer of the Vascular Society of India.

Treasurer of Vascular Society of India

Secretary of Vascular Society of Gujarat

Among the diverse vascular disorders, Dr. Sumit has keen interest in endovascular treatment methods and advanced treatment for varicose veins. He is also considered as an eminent expert in treatment of complex dialysis access procedures.

He has also helped numerous patients affected with complex vascular malformations and has aided in training of several vascular specialists in the country in this field.

Over 15 years of experience

Vascular specialists provide care to patients with diseases or disorders of their blood vessels except the heart or brain. There are very few surgeons in India, trained in this specialty. Medicine is an ever-changing field. Although everyone is aware about ‘heart diseases’, very few know about vascular diseases. In fact, vascular disease kills and cripples almost as many Indians as heart disease or cancer.